With exactly 1000 Open.Theremin in the world I want to share some data on the project with you. Hope this will give you an idea on the development of the project and on who is in this great global community. Also I hope that it will help those of you who are working on similar small scale open business.

Where
Where are those 1000 theremins in the world? Since I sell worldwide and offer free shipping to any country the theremins went in many different countries. 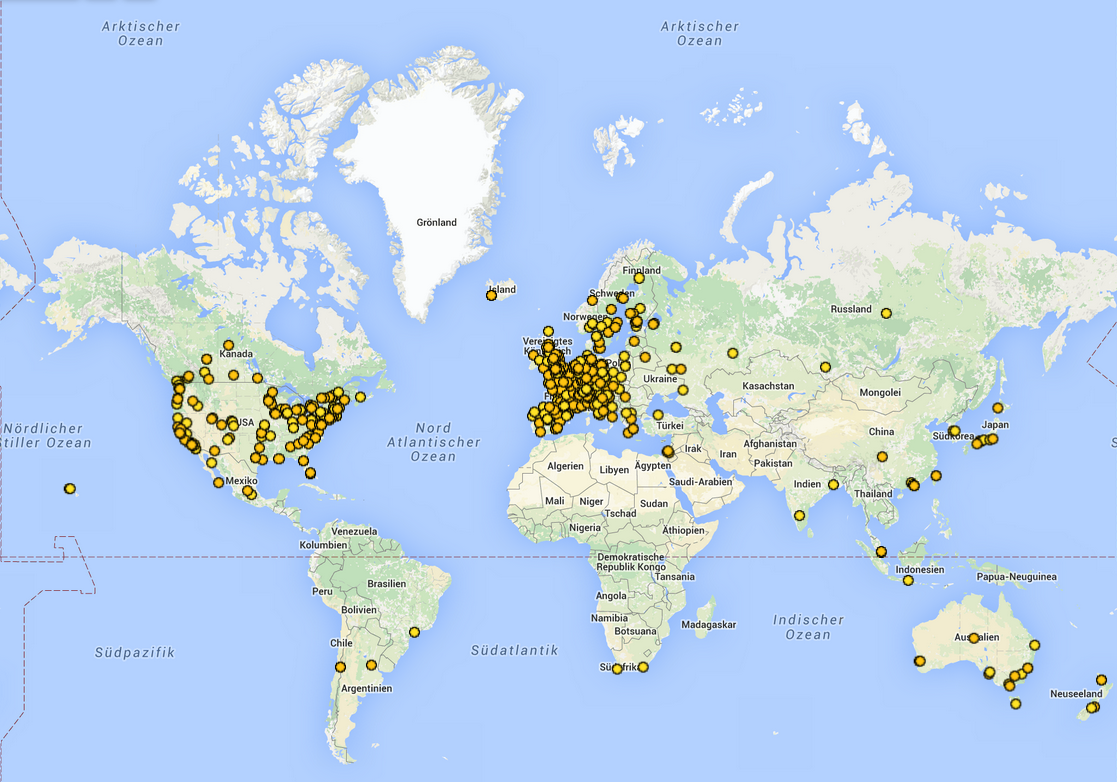 See the interactive map with all the 1000 theremins here. 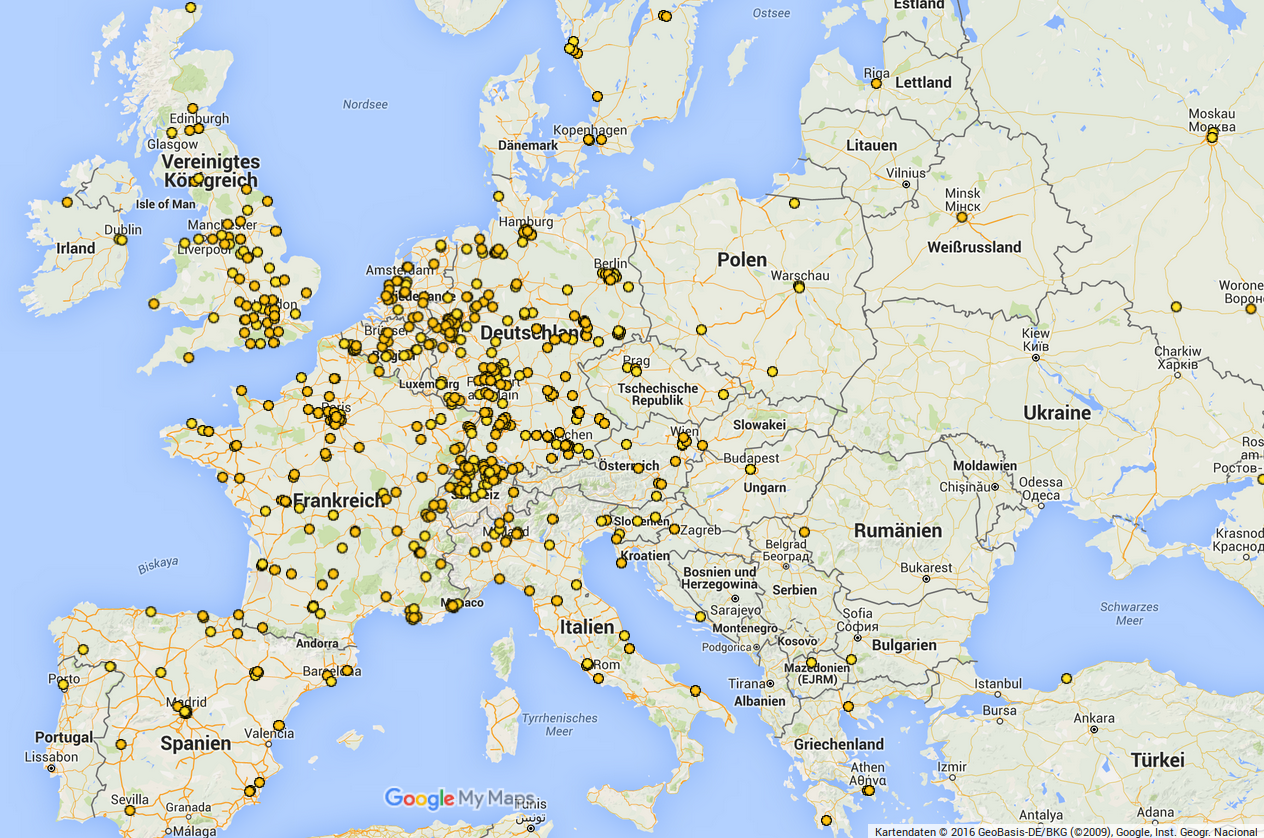 And here is the full ranking:

So most theremins went to Germany, followed by USA and France. It was always funny to get an order from new countries too and so I am proud there are open theremins in Iceland, South Africa, Thaiwan and many others. 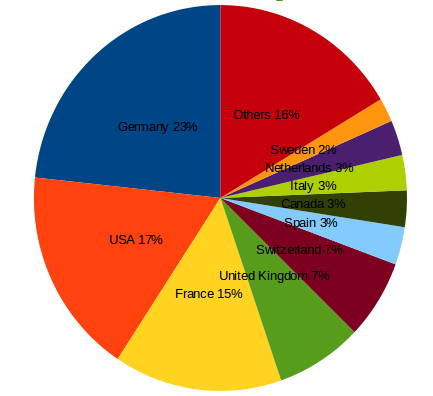 The project started slowly and grew steadily from 2013 on.  In 2014 demand increased and I was often sold out. That's when I started working on improving the production. Still the batched produced in July and November were immediately sold out. Only in January 2015 with the new access to the open factory I was able to produce enough to keep up with the demand. 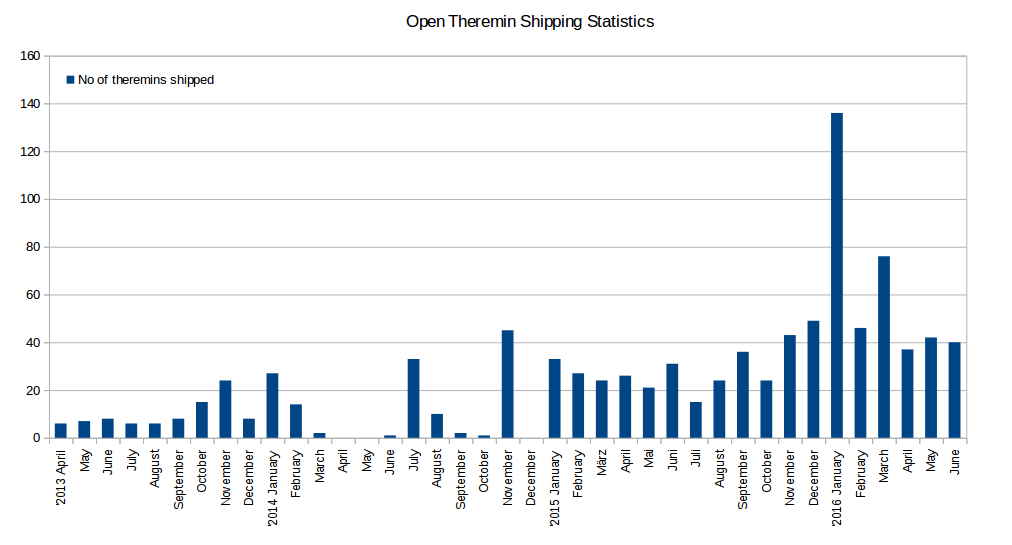 In January you can see a crazy peak - this was when the open theremin was featured on the Arduino Blog. The next month already it came back to the avarege of 40 theremins a month to then shoot up again with the blog post on hackaday.

The flowing chart shows the breakdown between bare shields and full kits over time. 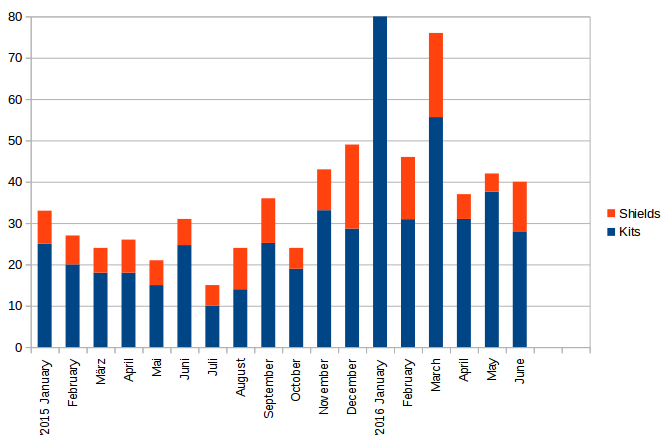 Since the beginning the kit was quite popular and I shipped an average of 73% as kit. Still there is quite a bit of fluctuation on this. I guess when I published 3D printed cases the demand for kits went a bit down. Not exactly sure here :-)

And this is the breakdown of stamps that I used to ship: