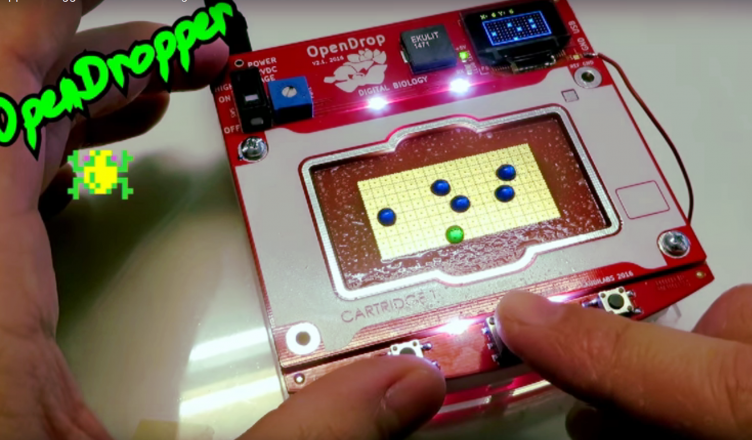 The Game Lab at the Center for Research and Interdisciplinarity (CRI) in Paris is planing to use OpenDrops for a scientific gaming project. Curios to see what they come up with.

Here is the OpenDropper, a Frogger 8bit game on OpenDrop:

We started the project already in beginning of 2016 at the BioCommons meeting in Berlin with digi.bio. Now the droplets are moving. The sound was added later in the video editing.