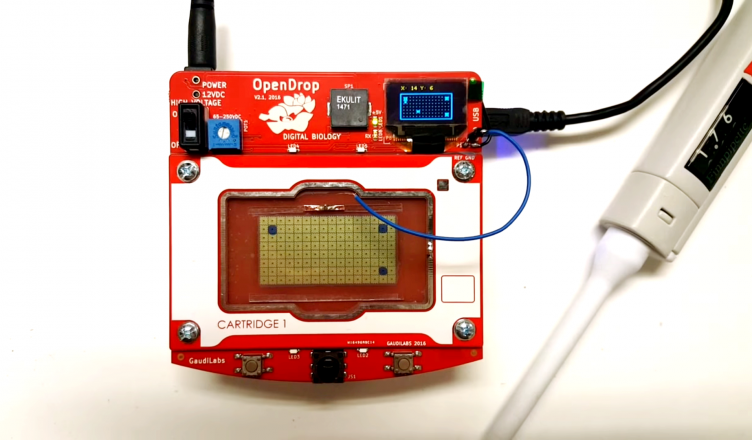 With the experience from the first version of OpenDrop we discussed requirements and improvements for a next step. At a community meeting in the wonderful Rural Hub in Italy we sketched out the design and features.

The design for OpenDrop V2 is implemented and first prototypes were demonstrated at the Digital Biology community meeting in Berlin, January 2016. 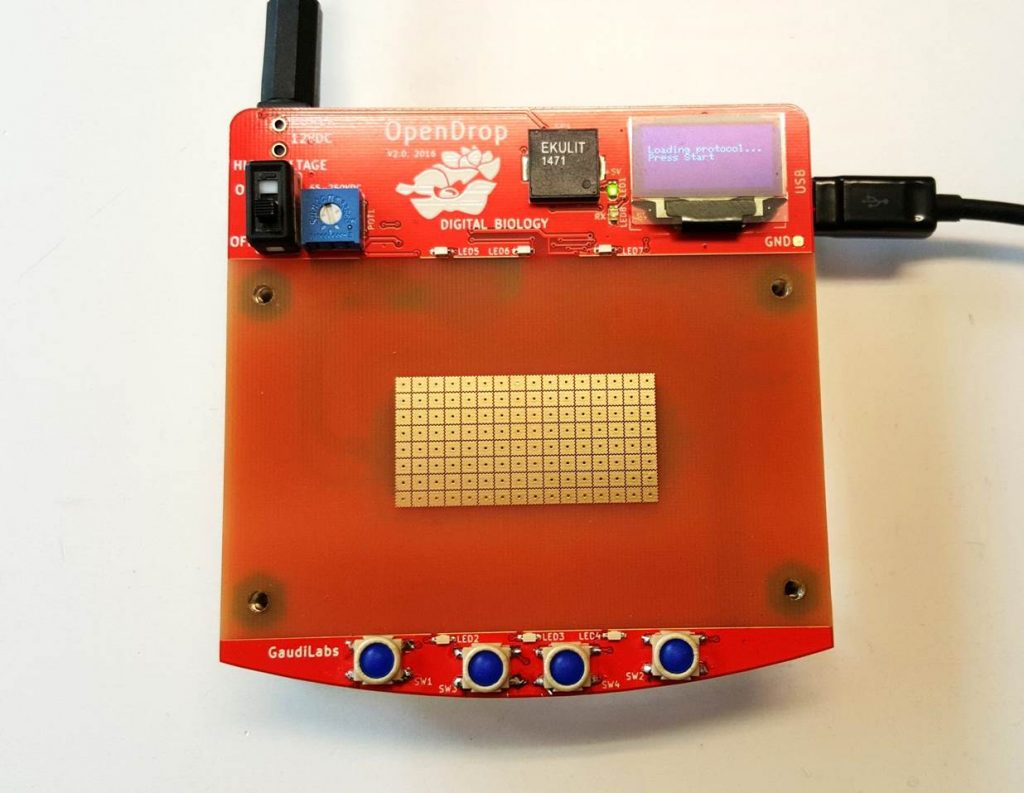 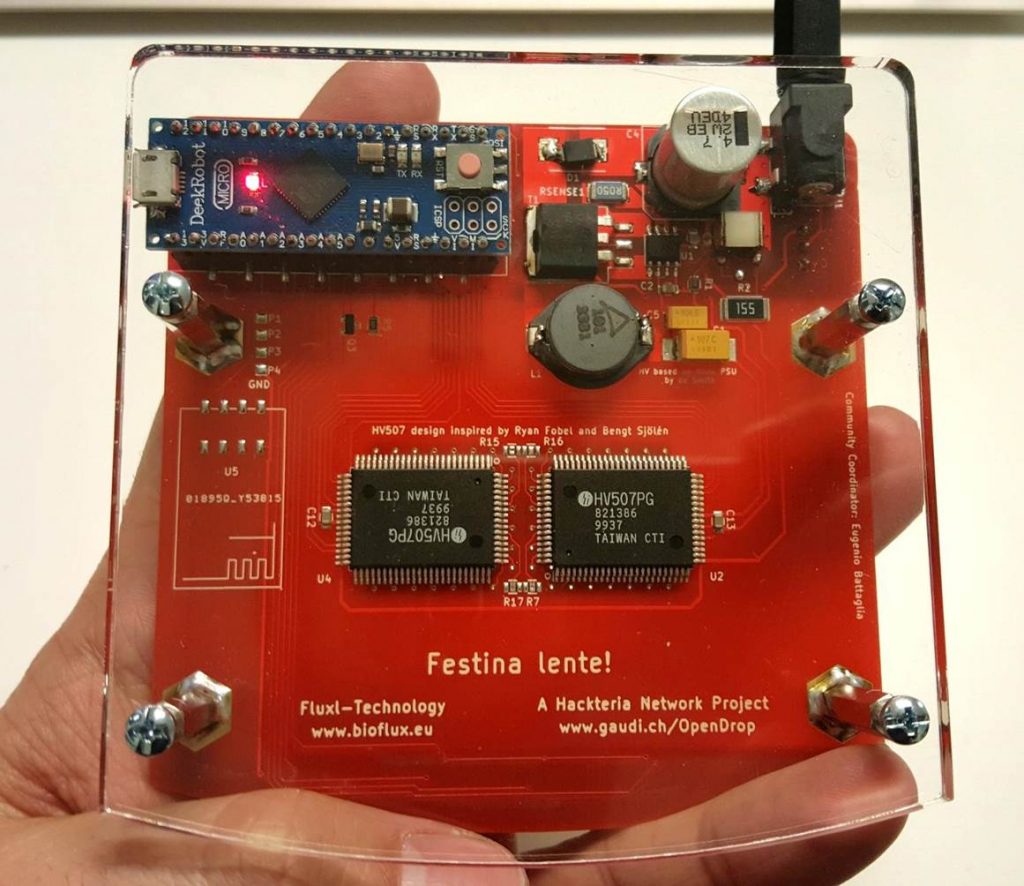 Backside of OpenDrop V2 with Electronics 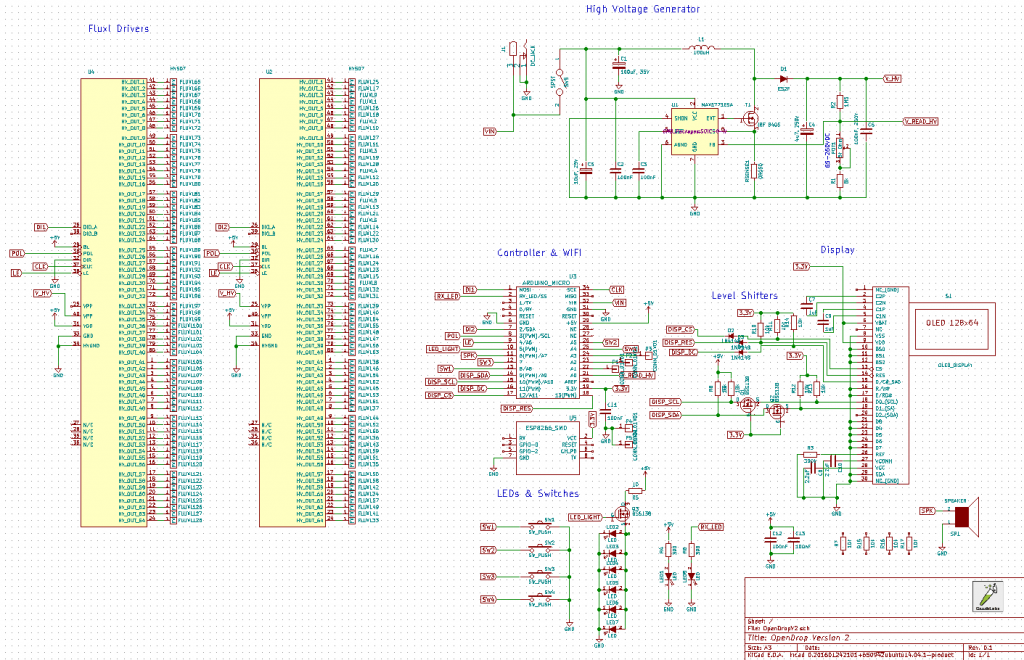 The first prototype of the OpenDrop V2 is very promising and the concept with the integrated driver chips and bigger array area were demonstrated. We are now working on producing a small batch to distribute in our research network and continue the research.

In the current Version 2.1 the following changes and bugfixes have been implemented.

Find all the KiCAD design files in the GitHub repository
https://github.com/GaudiLabs/OpenDrop

In the OpenDrop development work we use methods of critical design, speculating about how things could be—to imagine possible futures. We make proposals to challenge assumptions and existing conceptions. We are open for debates and discussions about the kind of future people want (and do not want). 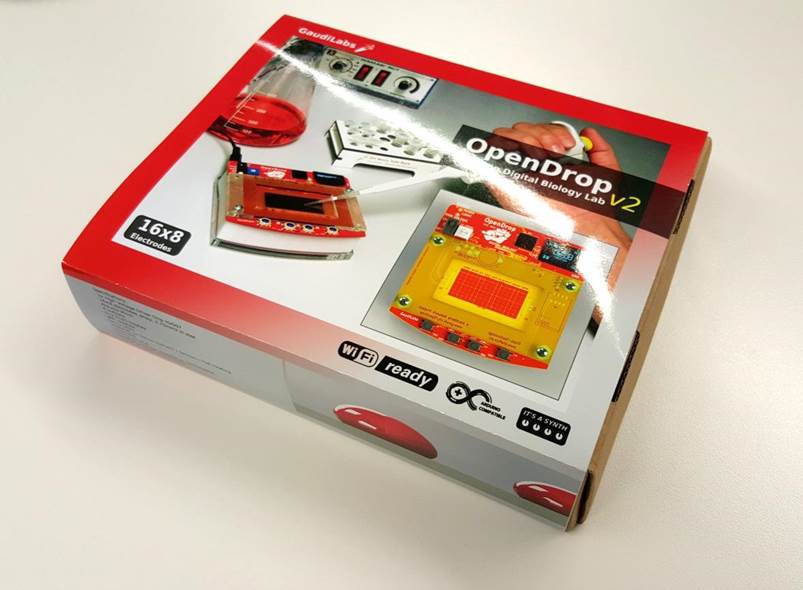 The OpenDrop device should serve as research and development platform. To provide researchers interested in working with the system we produced a small batch of devices. The OpenDrop V2 were produced in the OpenFactory at R2 Productions in Switzerland. 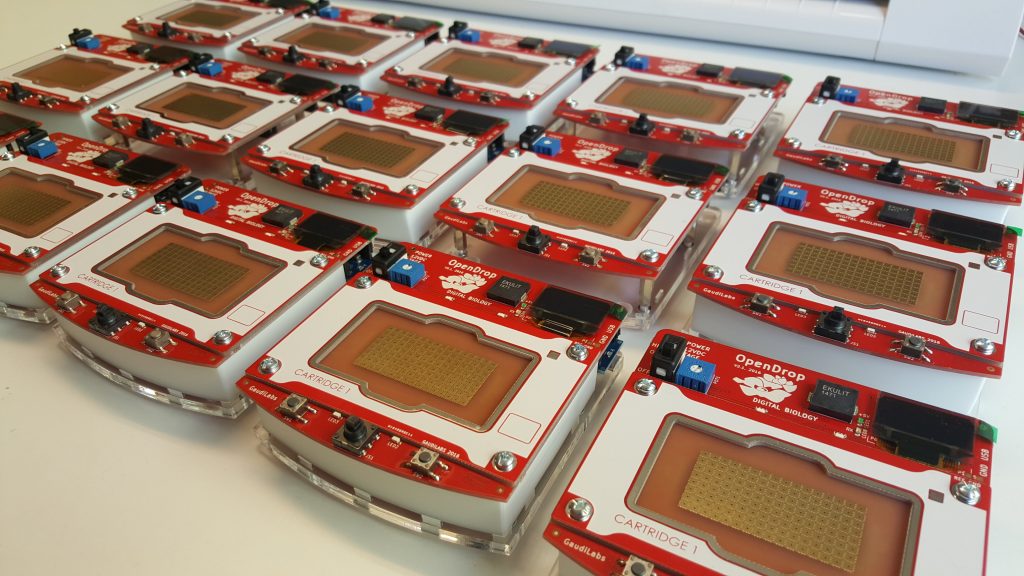 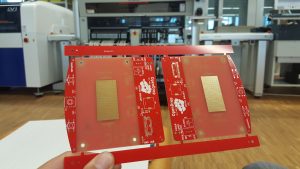 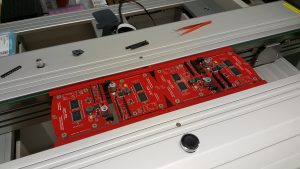 Production on a high-end pick&place machine.