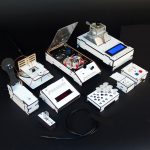 How to build the essential tools you need in a DIYBio lab? Out of many workshops and open labs sessions grew a set of generic lab equipment that are easy to build and fun to use. Many iteration in the design process were needed to make the construction simple and robust. All devices are built from standard and widely-available components and documented open source. More…

A new design for an open source digital microfludics platform currently under development by a international team of open researchers. The hackteria.org network and the DIYBio movement project should open the amazing technology of electro-wetting and digital biology to everyone interested. More… 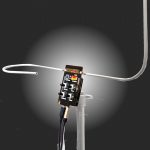 Open.Theremin is an open source hardware and software project. The aim is to build a next generation, digital version of the legendary music instrument developed in 1928 by the Russian inventor professor Leon Theremin. The project involves electronics, mechanics and software development. The whole project is documented under a open license on www.gaudi.ch/OpenTheremin 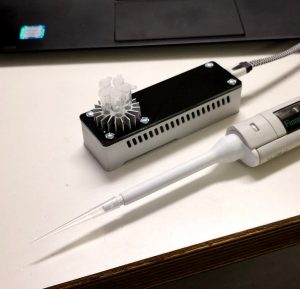 The PCR machine for everyone. This thermocycler is a small and affordable version of a laboratory apparatus most commonly used to amplify (copy and detect) segments of DNA via the polymerase chain reaction (PCR). Built on a single circuit board with a small display, resistive heating and ventilator for cooling the device can be entirely powered from USB. More… 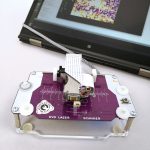 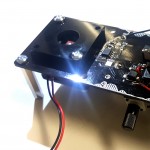 Single photons are cool. By generating and detecting single photons new applications like quantum computing and cryptography, medical and biotechnological measurements, as well as environmental monitoring are possible. So we are build a DIY Open Source Single Photon Generator and Detectors for everyone to play with. More… 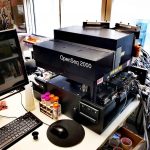 Hacking a HiSeq2000, next level sequencing machine from Illumina to make it open and reusable for other purpose. The machine with lasers, optics, line cameras and motors was reverse engineered and commands to control it are documented. The openSeq can now be used for high resolution fluorescent scanning. Wiki  Forum 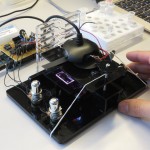 Optical Tweezers are scientific instruments to manipulate objects of microscopic size by a laser beam.The fact that samples under a microscope can be manipulated gives new possibilities to explore. This DIY optical trap was built arround a standard DVD optical pickup and USB computer web-cam. More… 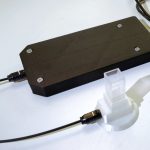 A low cost yet quite functional 3D printed spectrometer with an optical fiber link (Toslink). The fiber spectrometer is a practical tool to measure the optical spectrum in the visible range in many situations. The spectrum is picked up by a recycled laptop camera with USB connector soldered to it. Link 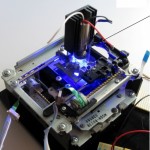 Inspired by Dusjagrs Nanofabrik and based on resources from the RepRap project a small DIY laser cutter was built. Two CD drives move a laser diode extracted from a DLP projector in X and Y. The motion is controlled by original RepRap software installed on a arduino with stepper motor drivers. A similar settup was also used to percisely print liquids on a glass slide. Link / Link2 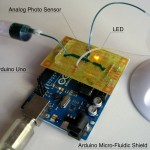 Microfluidic devices are formed from small scale liquid channels connected together so as to achieve a desired function like redirecting, mixing, pumping of fluids. Structures are design on a computer and then transfered into materials. In analogy to computer chips sensors or a entire lab-on-a-chip are possible. Different low cost process to rapidly structure microfluidic channels  have been developed.See link1,link2. link3 and link4 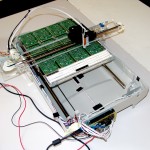 Born from the need to assemble small batch of electronic circuit boards is this DIY pick and place machine, allmost entierly built from recycled electronic consumer devices. With the controller based on the RepRap 3D printer develloppement the project shows how a open knowledge system can be effective in creating new devices. New opportunities are opening up in the field of industrial equipment for individual use. Link 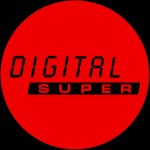 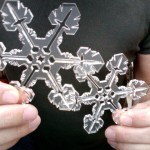 Doing things and exploring open designs is about learning. Why not learn from the people that produce most of the stuff that we buy and use every day – China. The experimantal and artistic project “China Reverse Engineered” is about exploring simple mass produced chineese products. To learn about their optimized and clever designs. To studdy the highly efficient manufaturing techniques. Doing so by reverse engineering and rebuilding the products with western means. Documenting the findings to make it open source. First investigation: the LED christmas snow flakes. 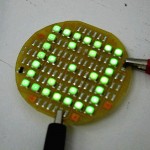 The BitBadge is a most simple LED badge that has been built at many festivals around the world. Everyone loves it as it is so simple and yet so creative. The small SMD topleds are placed like little jewlery on the grid of the circuit board and then reflow soldered in an oven. The disign was released in public domain and many variations have emerged. Source 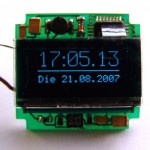 Open Watch was started in 2007 to build a open source hardware and software watch. The watch was based on an AVR mikrocontroller and an OLE display and freely programmable. Three prototypes were built and functional. Different houses were tested, 3D printed and hand made in aluminium. The project was stopped in an eraly stage due to an unexpected discontinuation of the display by the supplier. Link 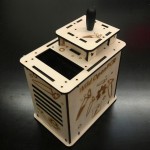 Sharing the designs and source codes of open hardware is not just about improving the process of developpement by exchaning information it is also about freedom of use of the products. Even more than in software this aspect get neglected in open source hardware if you just buy the final product and use it. This is why I think it is important for all to build, modify, source, reproduce, share and sell free libre open source hardware. “Open PCR in the Wild” – a project for reflection. Link 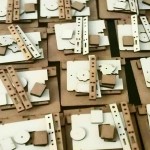 The original hackteria project was building a microscope from a hacked webcam. The idea of letting everyone hack into the micro world and explore amazing creatures led to hackteria workshops around the world and made the water bear hackterias mascot. Based on designs from many of these workshops a do it your self mircoscopy stage kit was built and is produced as share hard ware to further promote the idea. Link