The laser scanning microscope is a special light microscope which uses a focused laser beam to scans the sample. The scanning of the laser across the sample is done by driving the laser in x and y direction.  The image is composed in the software by combining the measured light points.

The DVD Laser Scanner Microscope is build from two DVD pick-up heads. The laser of the DVD head is used to illuminate the sample at a tiny spot, focused with the DVD heads own focusing mechanism. The deviation of the laser is done by the pick-up heads lens moving coils. 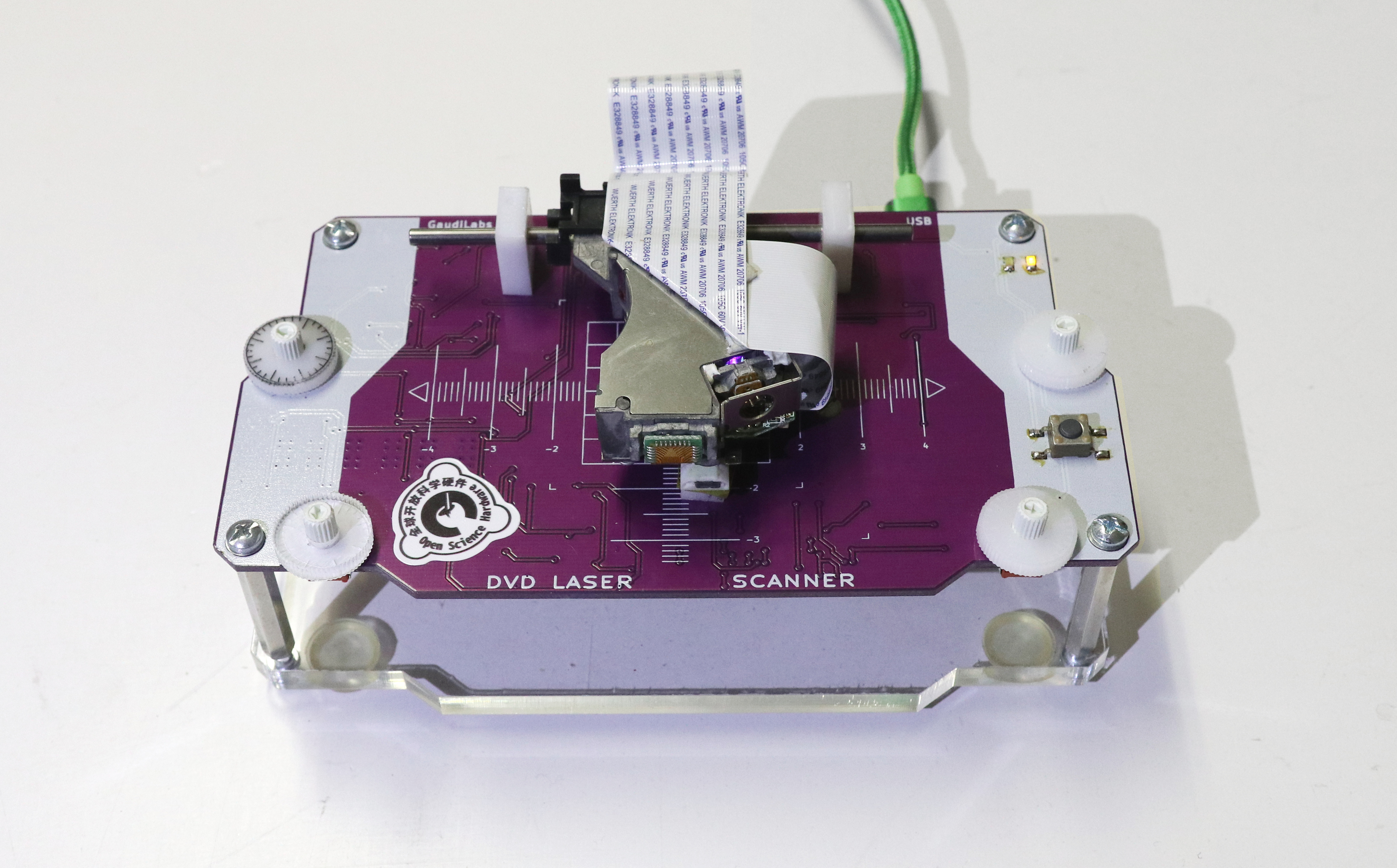 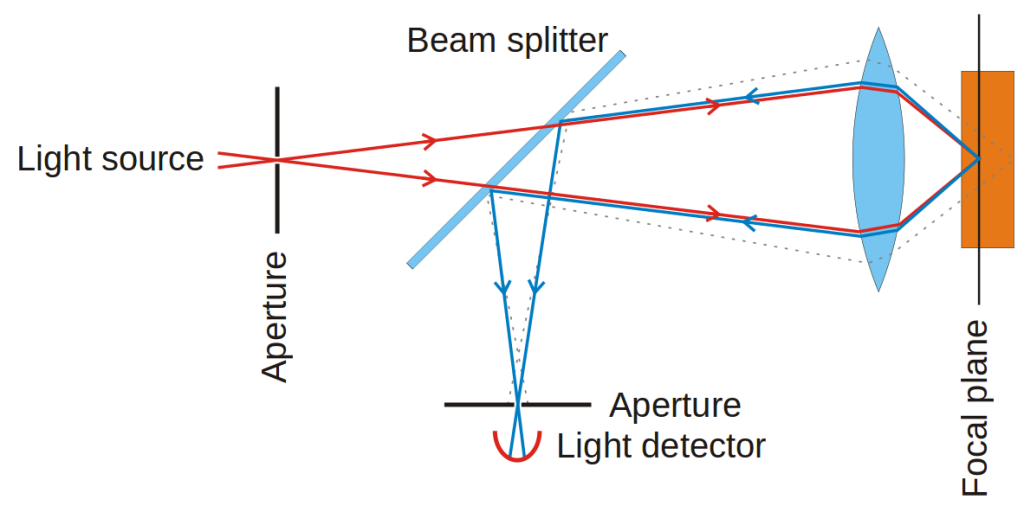 The resolution of the image is defined by the number of measurements taken in x direction and the number of lines in y. The maximum resolution is limited by the numerical aperture of the system’s objective lens and the wavelength of the laser as in conventional optical microscopes. In fluorescence observations, the resolution is often limited by the strength of the signal. More sensitive photo-detectors or increasing the intensity of the illuminating laser can compensate. 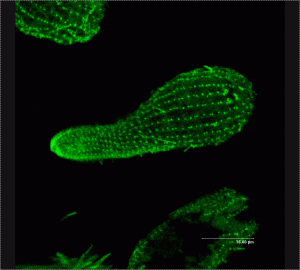 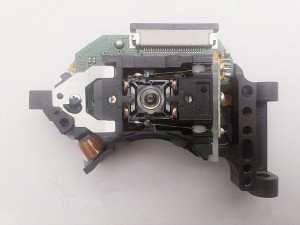 The resolution of a CD/DVD reader must be high enough to read the information on the disk. 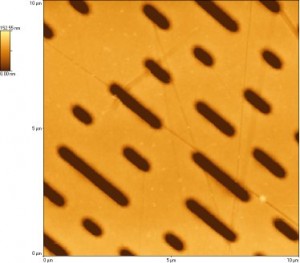 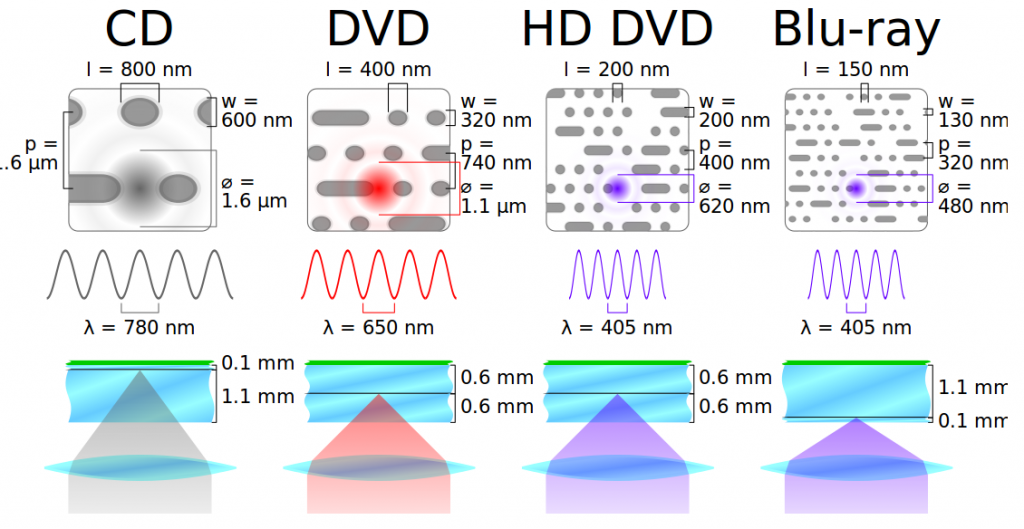 The first prototype set-up uses two pick-up head. One is emitting the laser and scanning in x direction. The second pick-up head carries the sample and moves in y direction. The photo-detector on the laser unit is removed and the signal is captured with a simple photo-diode. The coils are controlled by an Arduino with drive electronics and the images is rendered in Processing. 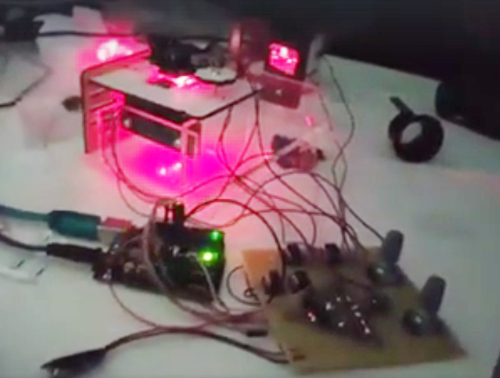 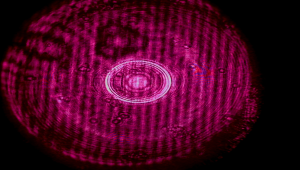 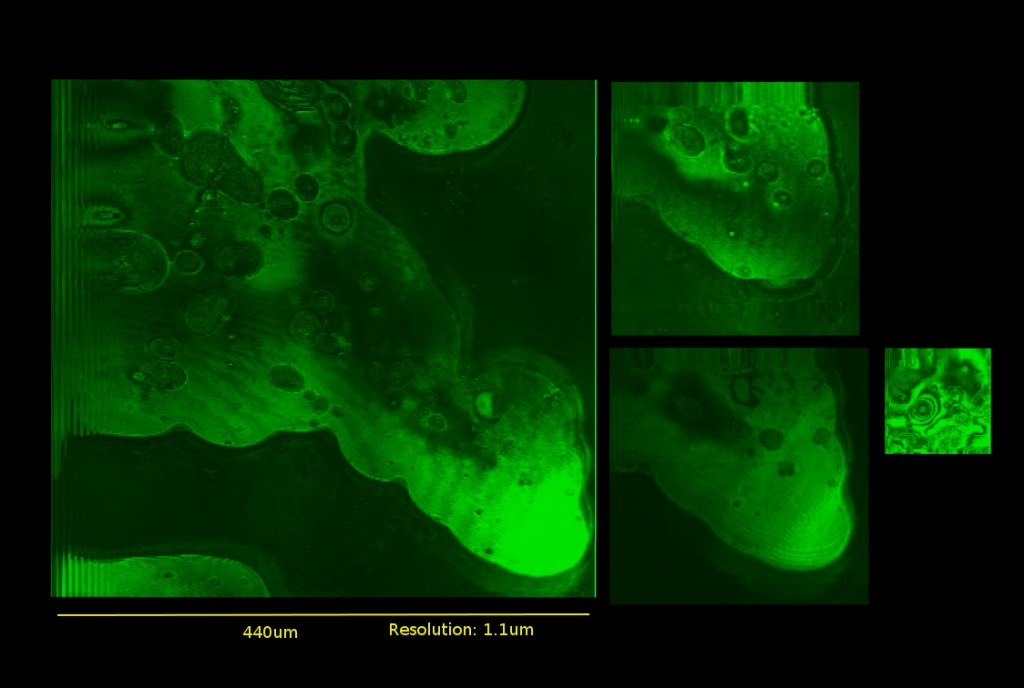 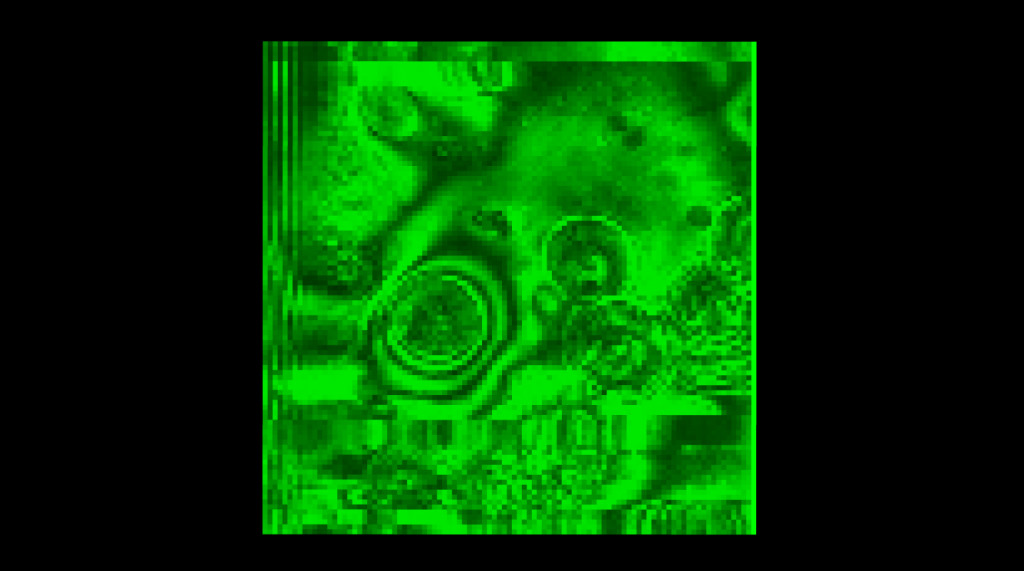 Image taken with the prototype DVD Laser Microscope with diffractions. 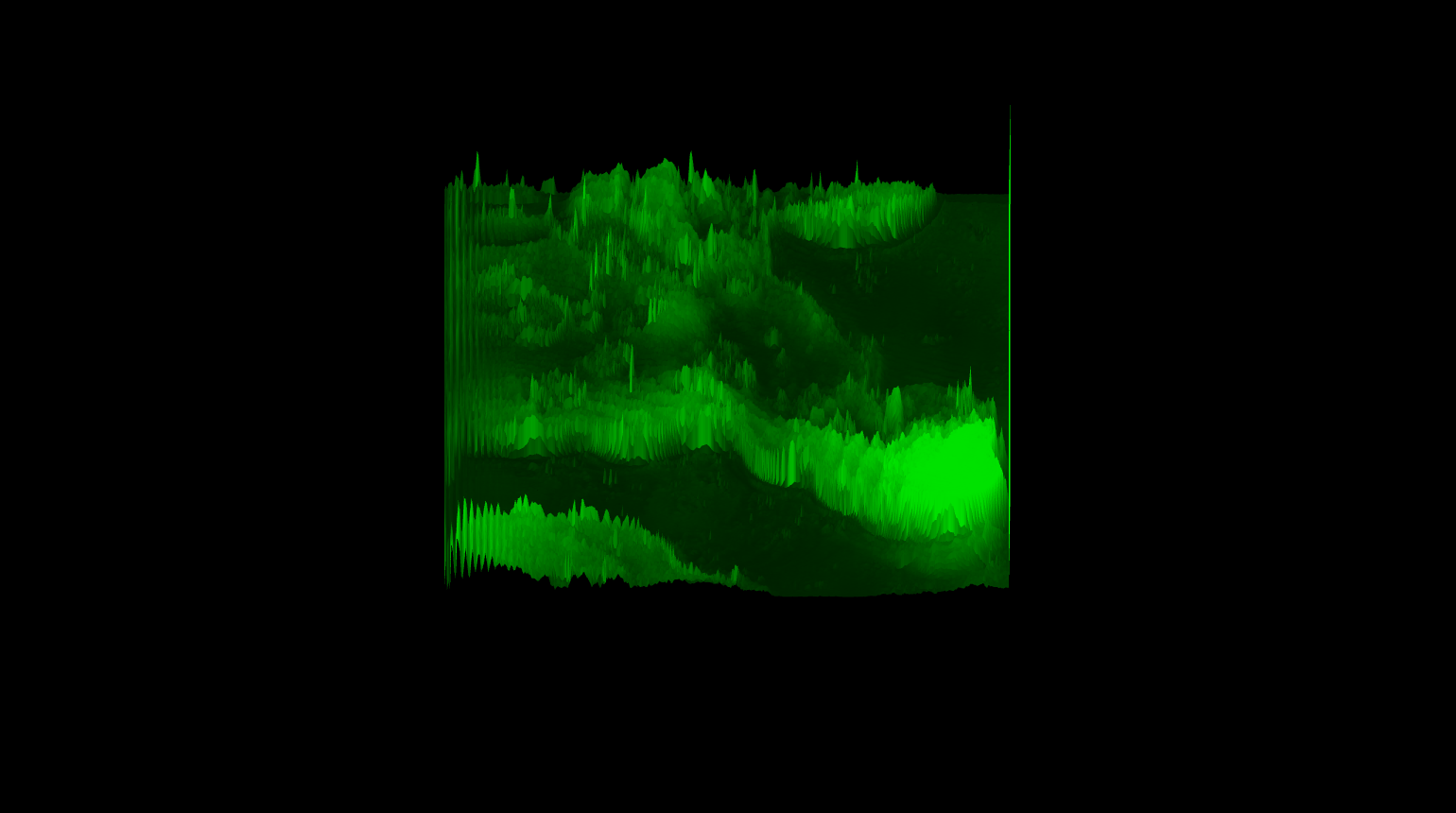 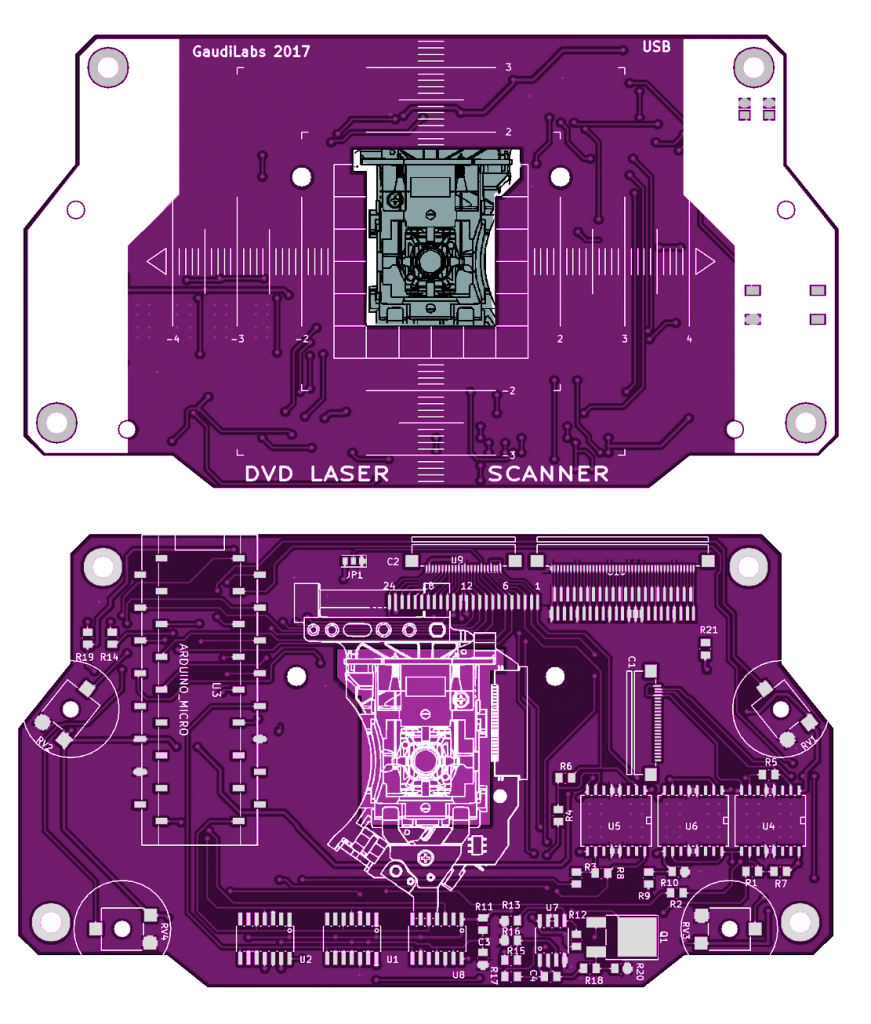 Made a PCB to control the coils and the laser current with an Arduino Micro, and some connectors for the laser pick-ups. 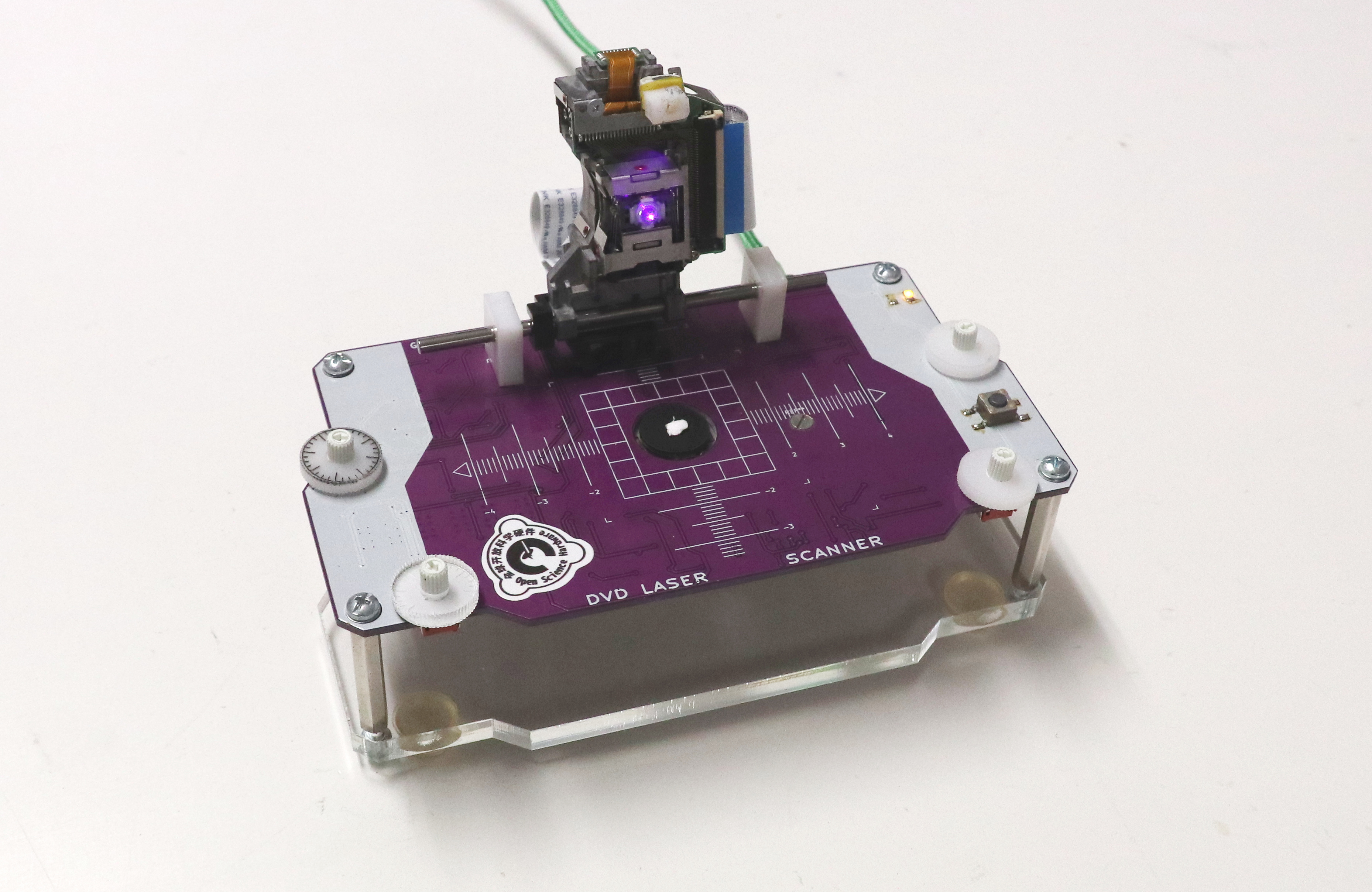 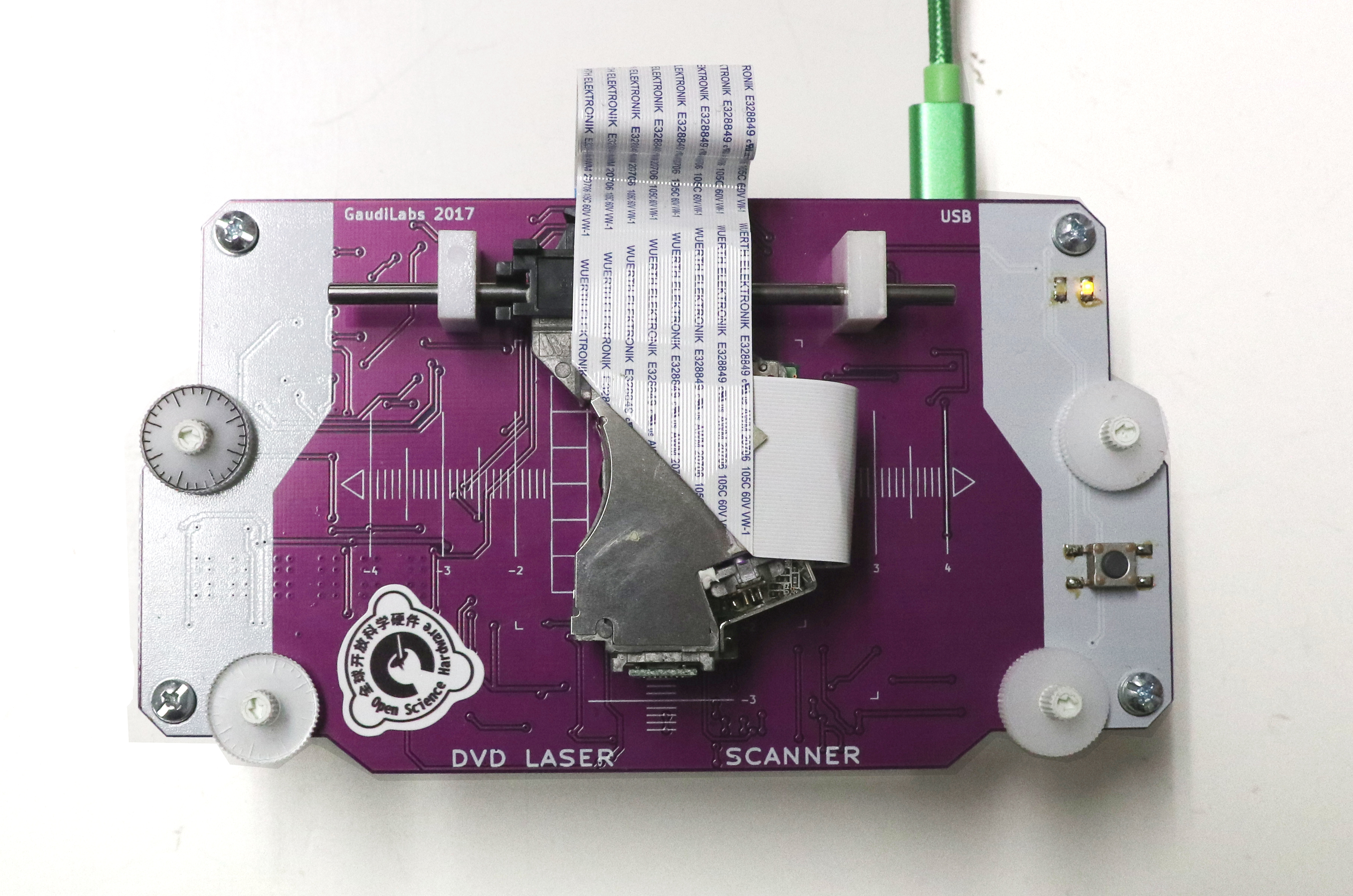 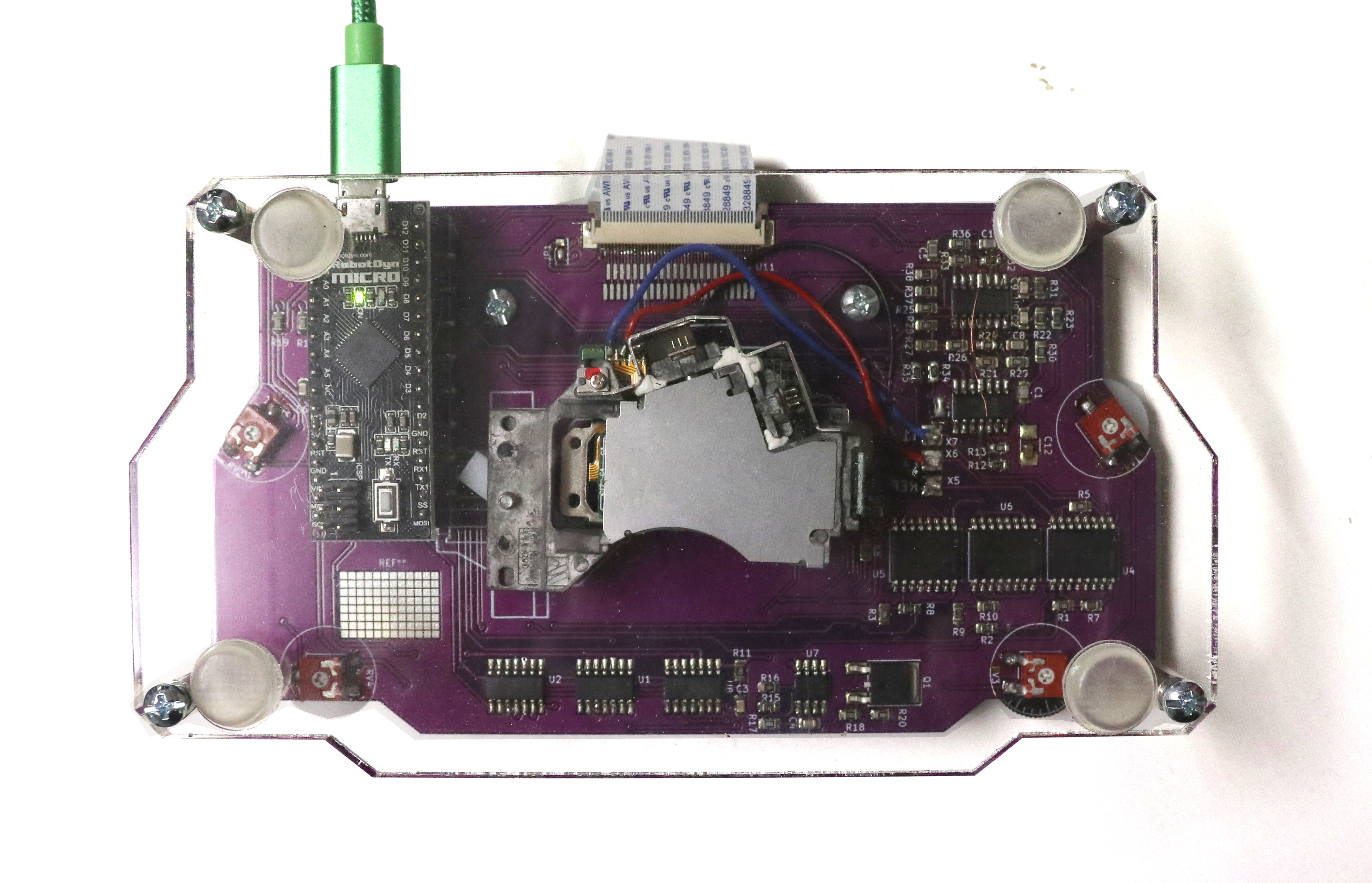 Top and bottom of assembled PCB with two laser heads. 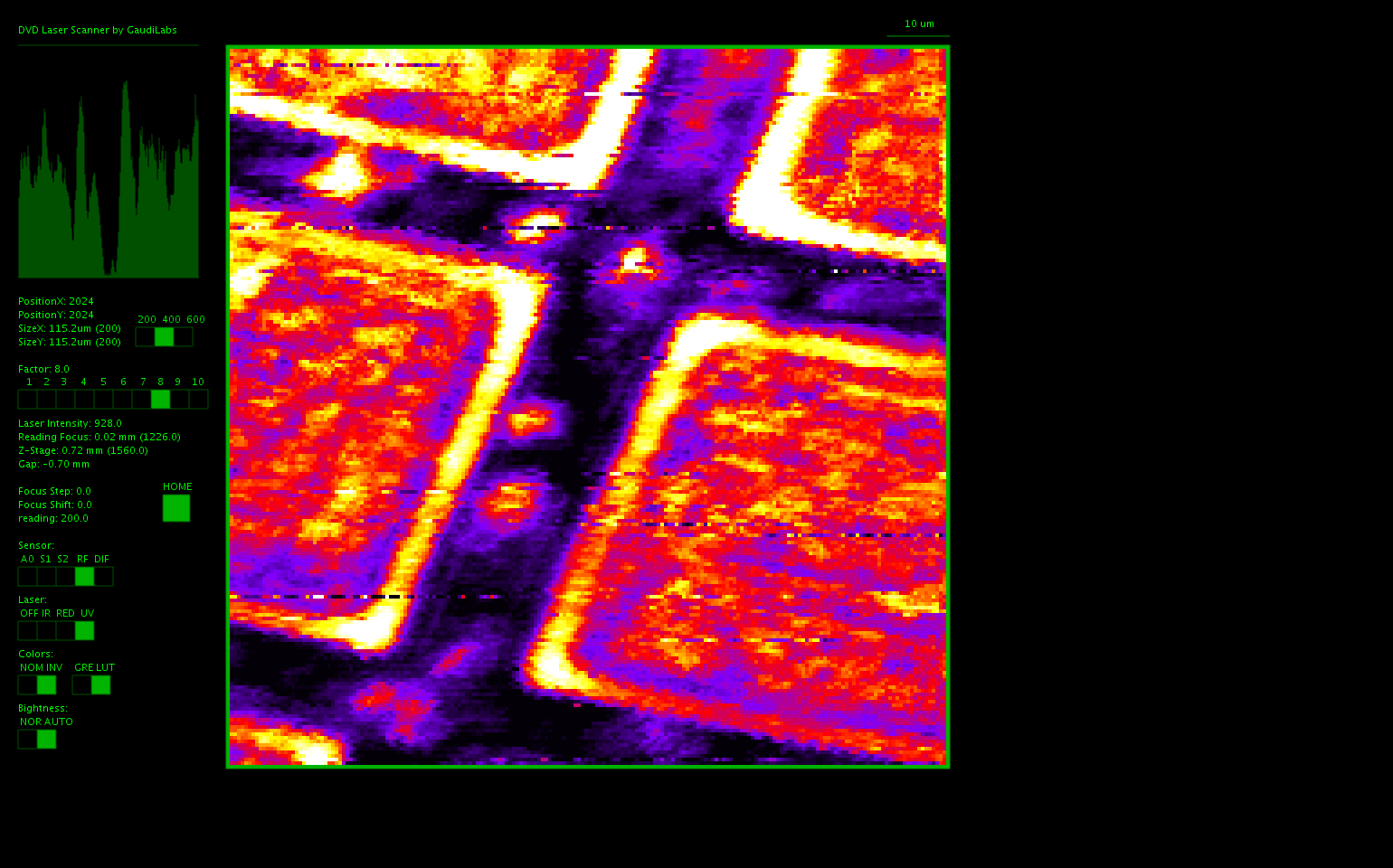 The processing software sends the aquisition parameters to the DVDLaserScanner and reads back the image line by line.

The following parameters can be set: 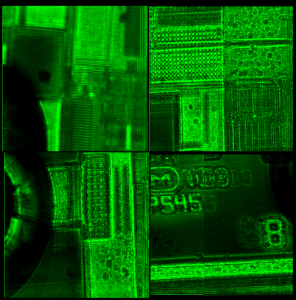 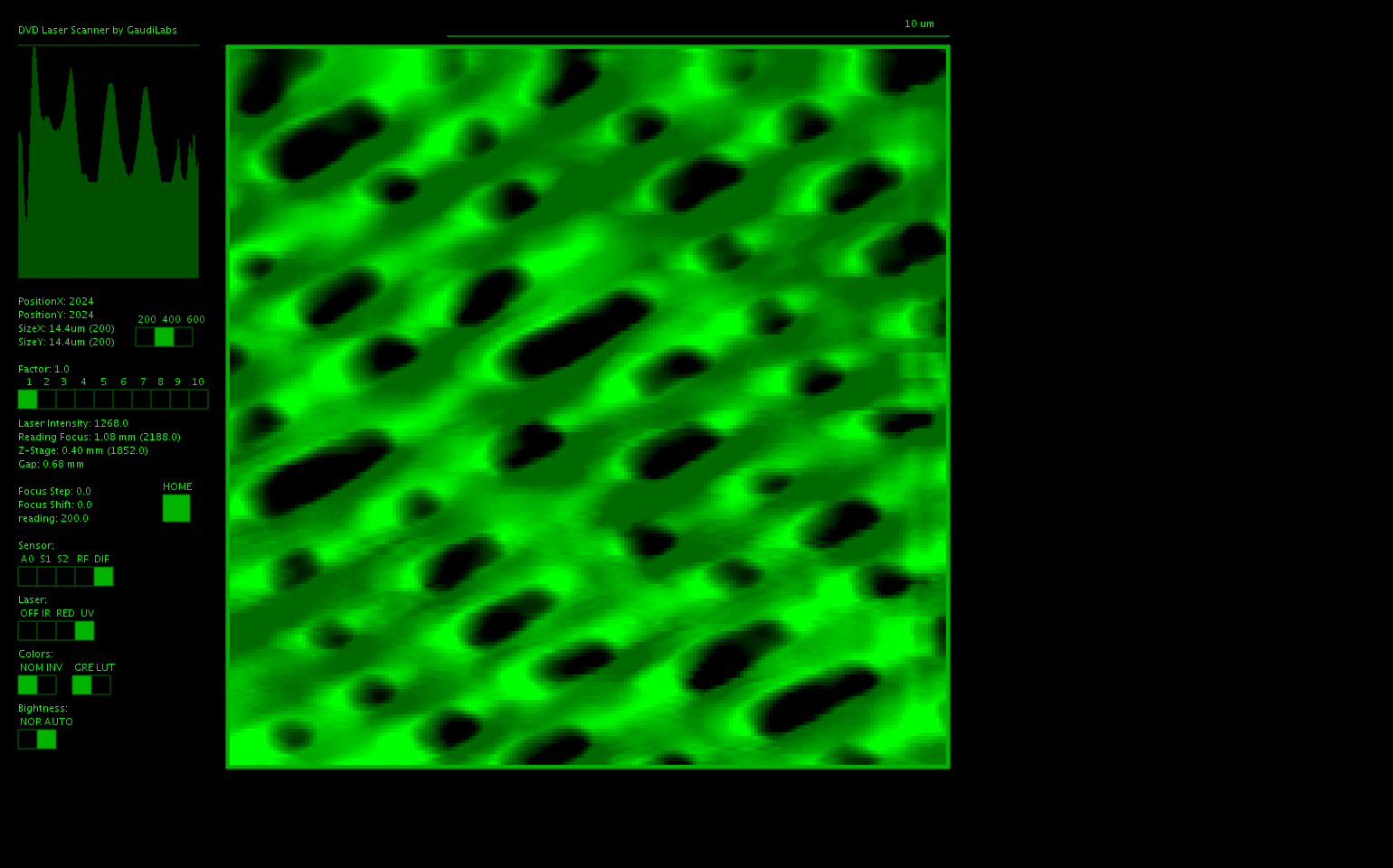 Pits of a CD ROM scanned with the DIY Laser Scanner 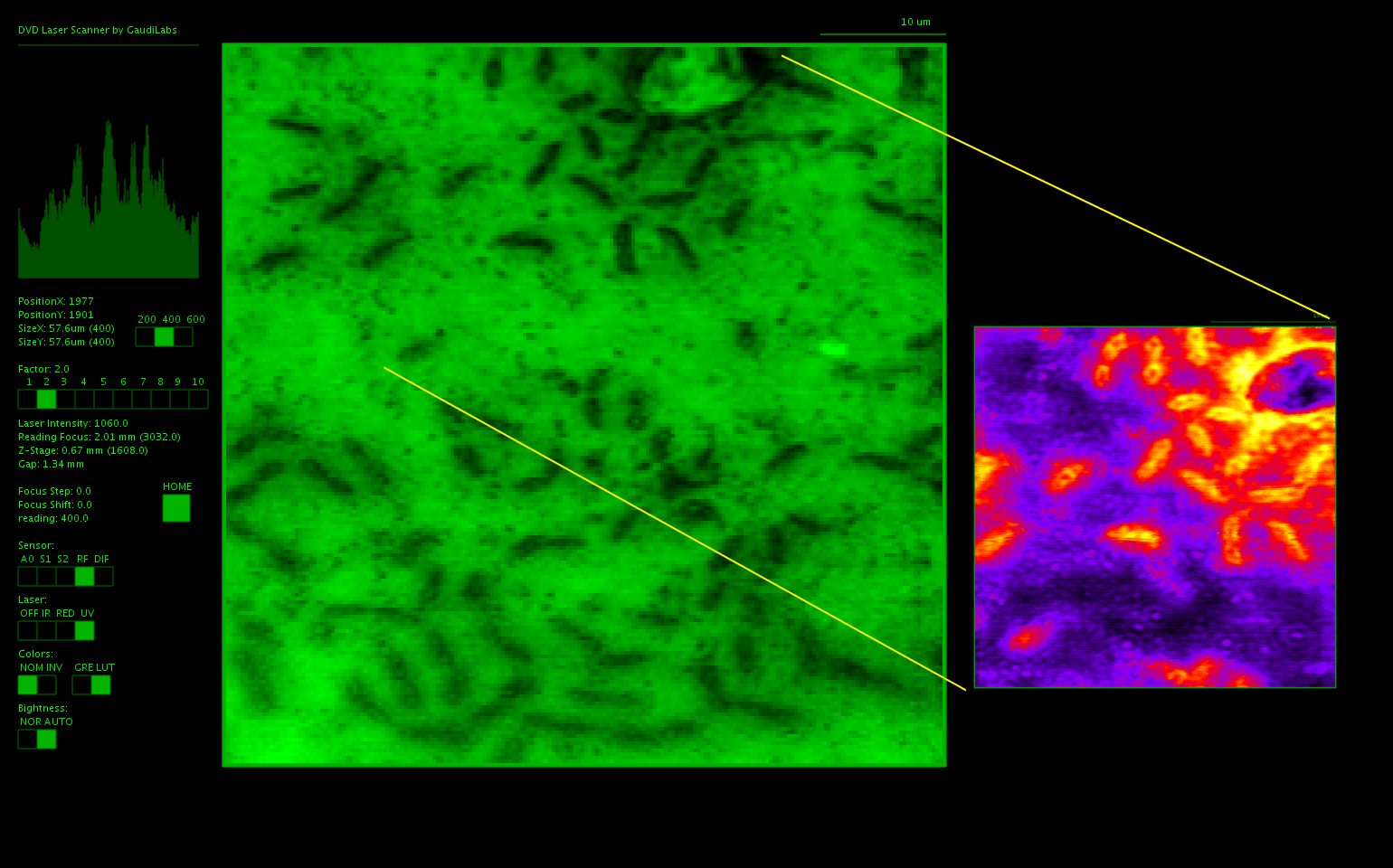 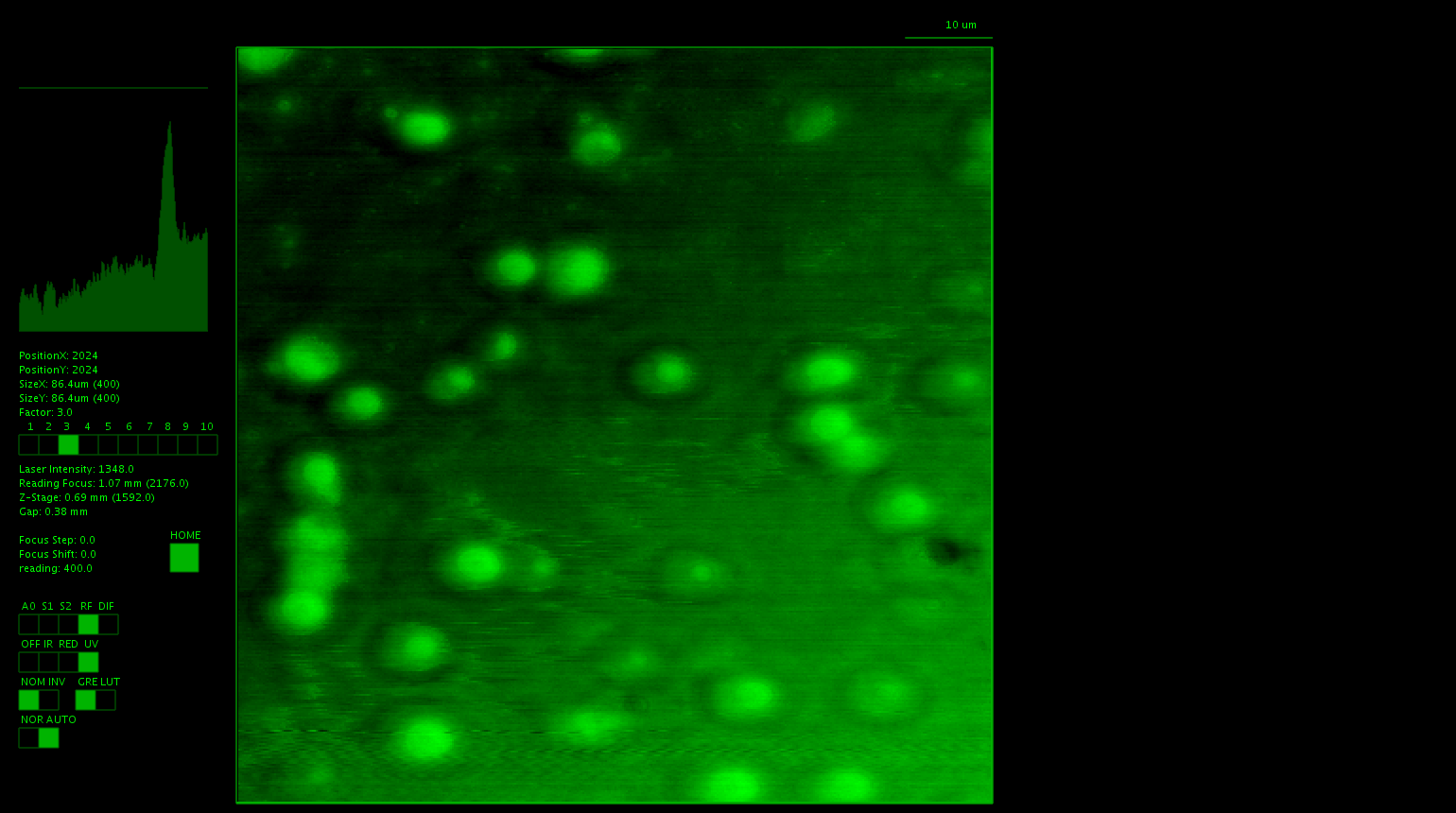 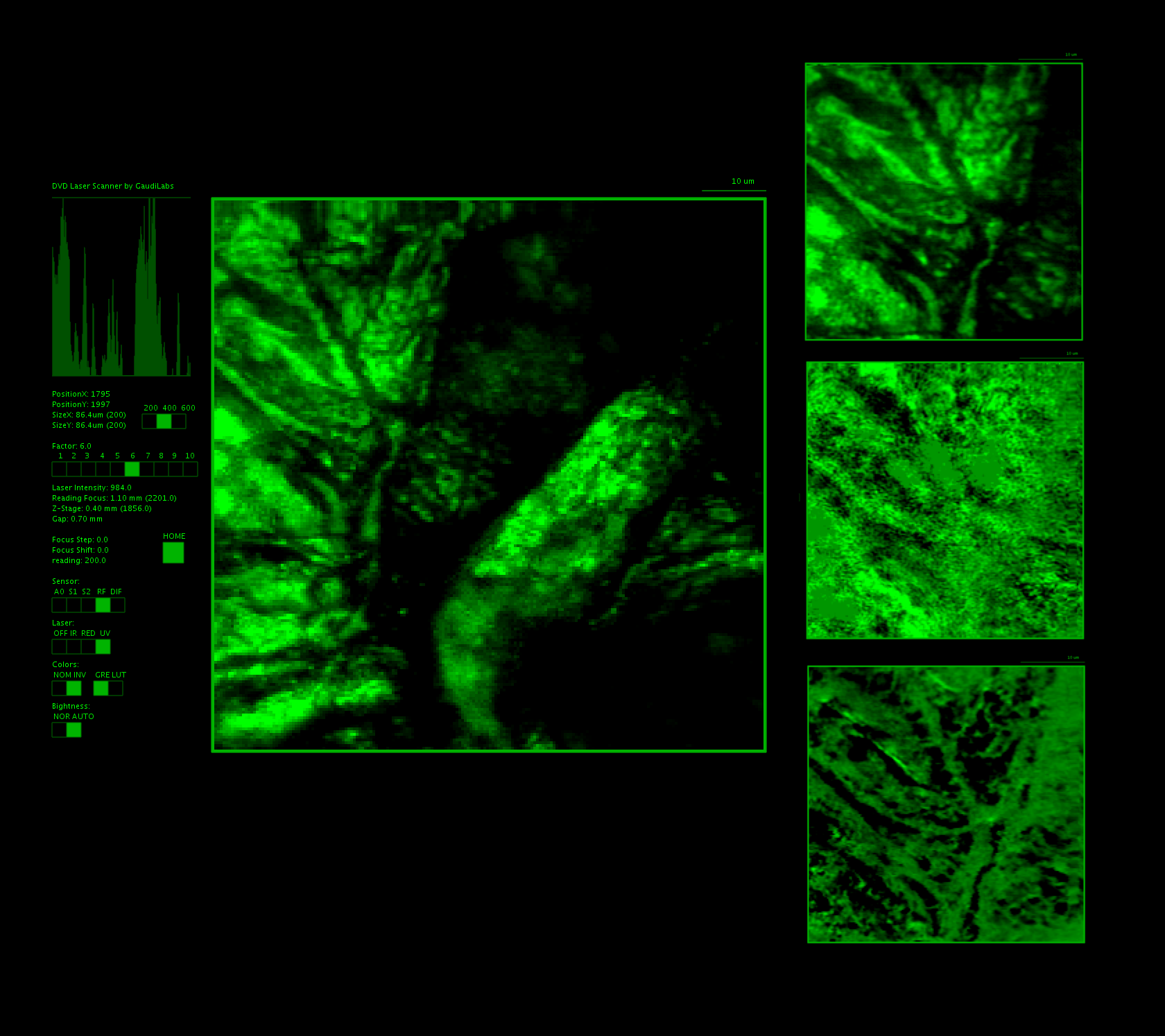 Scan using the different sensors. Then super imposing the images with wrong colors.